The link between traits and performance in Protea

If you’re reading this, you probably know enough about me to know that my students and I have been working on Protea for the last 10-15 years. Today I am pleased to report that the most recent work, from Kristen Nolting’s PhD dissertation has appeared in Annals of Botany. The advance publication version appeared nearly a year ago, but the paper is officially out in a special issue focusing on intraspecific trait variation in plants. Here’s the abstract and a link.

Global plant trait datasets commonly identify trait relationships that are interpreted to reflect fundamental trade-offs associated with plant strategies, but often these trait relationships are not identified when evaluating them at smaller taxonomic and spatial scales. In this study we evaluate trait relationships measured on individual plants for five widespread Protea species in South Africa to determine whether broad-scale patterns of structural trait (e.g. leaf area) and physiological trait (e.g. photosynthetic rates) relationships can be detected within natural populations, and if these traits are themselves related to plant fitness.

We evaluated the variance structure (i.e. the proportional intraspecific trait variation relative to among-species variation) for nine structural traits and six physiological traits measured in wild populations. We used a multivariate path model to evaluate the relationships between structural traits and physiological traits, and the relationship between these traits and plant size and reproductive effort.

Intraspecific variation in structural traits leads to predictable differences in individual-level physiological performance in a multivariate framework, even though the relationship of any particular structural trait to physiological performance may be weak or undetectable. Furthermore, intraspecific variation in both structural and physiological traits leads to differences in plant size and fitness. These results demonstrate the importance of considering measurements of multivariate phenotypes on individual plants when evaluating trait relationships and how trait variation influences predictions of ecological and evolutionary outcomes. 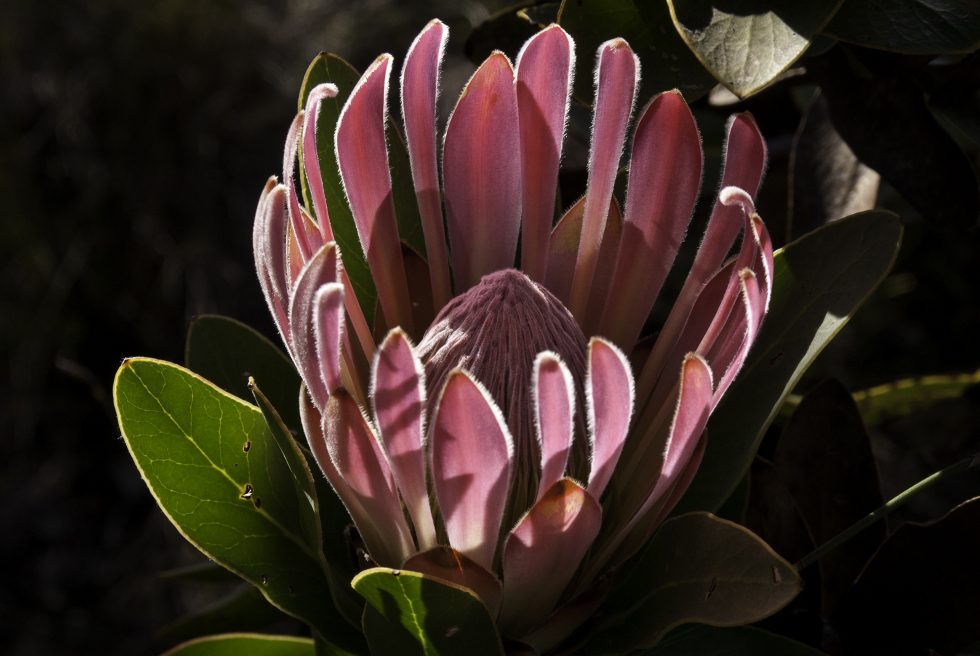 If you’re reading this post, you know that my colleagues and I have been studying Protea for more than a decade. A lot of our work has focused on documenting and understanding trait-environment associations. We’ve studied those associations both among populations within species (Protea repens: https://doi.org/10.1093/aob/mcv146), among populations within a small, closely related clade (Protea sect. Exsertae: https://doi.org/10.1111/j.1558-5646.2010.01131.x and https://doi.org/10.1111/j.1420-9101.2012.02548.x), and across the entire genus (https://doi.org/10.1086/680051). But all of those studies look at the relationship between the climate as it is now (as reflected in the South African Atlas of Agrohydrology and Climatology). They haven’t examined how traits have evolved in response to changes in climate.

Our latest paper, begins to address that shortcoming. We use the highly resolved phylogeny of Protea that Nora Mitchell constructed as part of her dissertation (http://darwin.eeb.uconn.edu/uncommon-ground/blog/2017/01/23/a-new-phylogeny-for-protea/ and https://doi.org/10.3732/ajb.1600227), and we reconstruct estimates of how traits changed over evolutionary time in concert (or not) with climates. Our reconstructions depend on particular models of evolutionary change, and we explore several alternatives. Here’s the abstract:

Evolutionary radiations are responsible for much of Earth’s diversity, yet the causes of these radiations are often elusive. Determining the relative roles of adaptation and geographic isolation in diversification is vital to understanding the causes of any radiation, and whether a radiation may be labeled as “adaptive” or not. Across many groups of plants, trait–climate relationships suggest that traits are an important indicator of how plants adapt to different climates. In particular, analyses of plant functional traits in global databases suggest that there is an “economics spectrum” along which combinations of functional traits covary along a fast–slow continuum. We examine evolutionary associations among traits and between trait and climate variables on a strongly supported phylogeny in the iconic plant genus Protea to identify correlated evolution of functional traits and the climatic-niches that species occupy. Results indicate that trait diversification in Protea has climate associations along two axes of variation: correlated evolution of plant size with temperature and leaf investment with rainfall. Evidence suggests that traits and climatic-niches evolve in similar ways, although some of these associations are inconsistent with global patterns on a broader phylogenetic scale. When combined with previous experimental work suggesting that trait–climate associations are adaptive in Protea, the results presented here suggest that trait diversification in this radiation is adaptive. 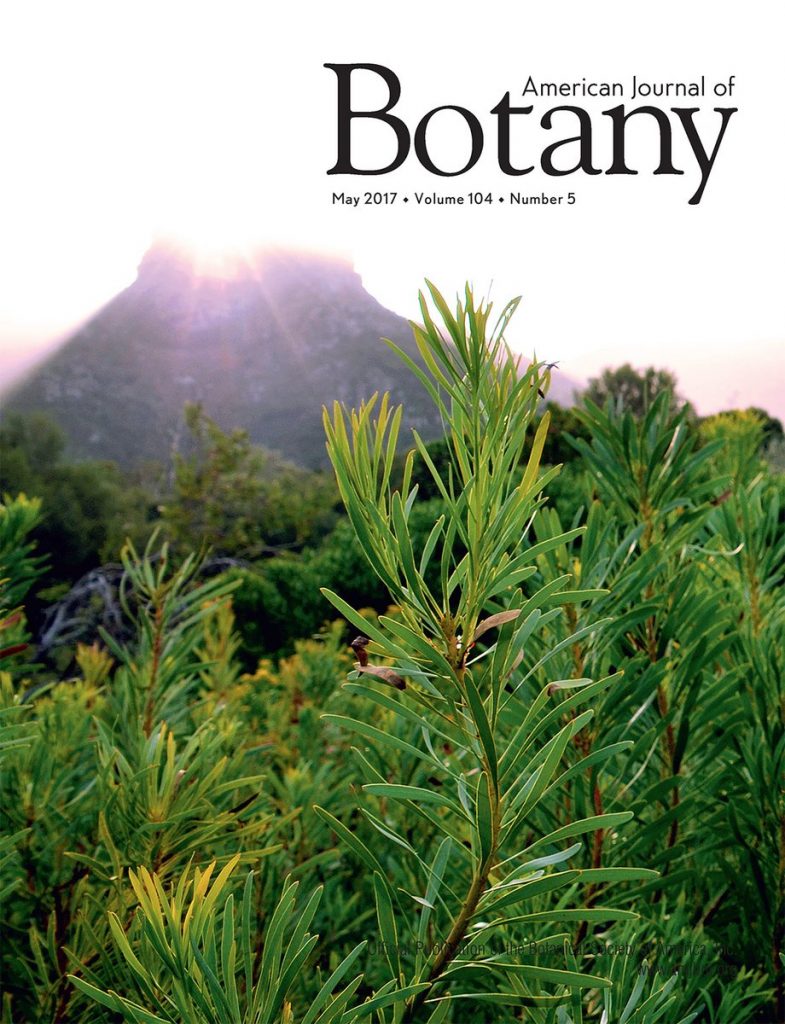