Congratulations to recipients of graduate degrees from @UConn

On Saturday, the University of Connecticut celebrated a virtual Commencement. As part of the Commencement celebration, The Gradaute School published a Commencement page containing video messages from me and  from Stephany Santos, a PhD candidate in Biomedical Engineering. There’s also a complete list of master’s and doctoral degree recipients from August 2019, December 2019, and May 2020, including 9 PhD recipients from my home department, Ecology & Evolutionary Biology.

I highlighted Kristen and Tanisha, because they happen to be my students. Tanisha is the Burpee Postdoctoral Fellow at Bucknell University (working with another UConn EEB alum, Chris Martine), and Kristen will begin as a postdoctoral research associate at the University of Georgia later this month (working with Lisa Donovan and John Burke).

On the off chance that you’re interested in seeing what I had to say and you don’t want to click through the Commencement page link, I’ve embedded my message below.

If you follow me (or Nora Mitchell) on Twitter, you saw several weeks ago that a publish before print version of our most recent paper appeared in the American Joiurnal of Botany. This morning I noticed that the full published version is available on the AJB website. Here’s the citation and abstract:

Premise of the Study
Plant traits are often associated with the environments in which they occur, but these associations often differ across spatial and phylogenetic scales. Here we study the relationship between microenvironment, microgeographical location, and traits within populations using co‐occurring populations of two closely related evergreen shrubs in the genus Protea.
Methods
We measured a suite of functional traits on 147 plants along a single steep mountainside where both species occur, and we used data‐loggers and soil analyses to characterize the environment at 10 microsites spanning the elevational gradient. We used Bayesian path analyses to detect trait‐environment relationships in the field for each species. We used complementary data from greenhouse grown seedlings derived from wild collected seed to determine whether associations detected in the field are the result of genetic differentiation.
Key Results
Microenvironmental variables differed substantially across our study site. We found strong evidence for six trait‐environment associations, although these differed between species. We were unable to detect similar associations in greenhouse‐grown seedlings.
Conclusions
Several leaf traits were associated with temperature and soil variation in the field, but the inability to detect these in the greenhouse suggests that differences in the field are not the result of genetic differentiation. 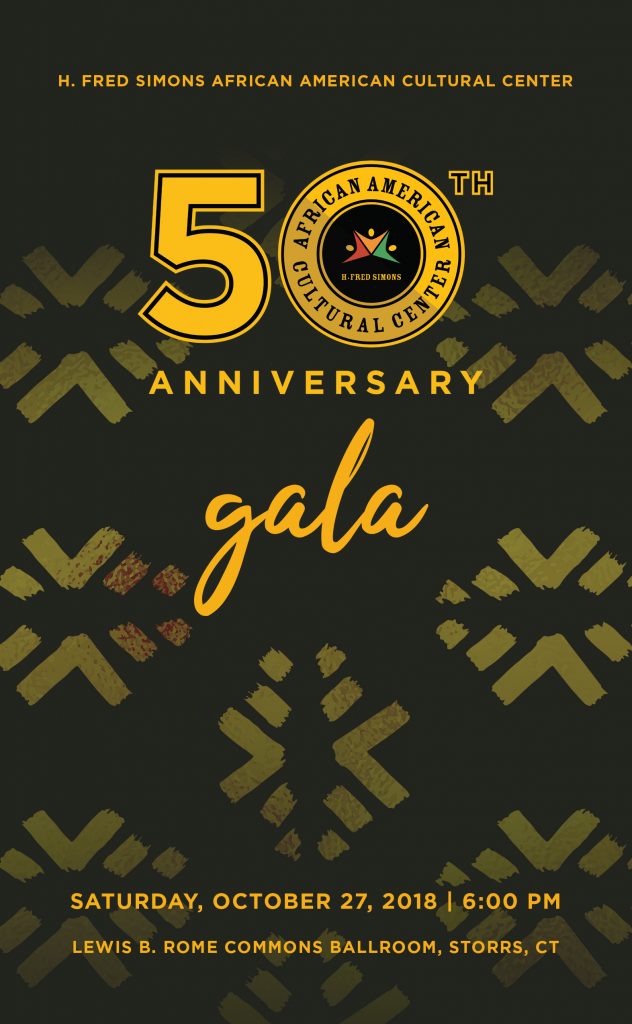 I was privileged to attend to 50th anniversary celebration of the H. Fred Simons African American Cultural Center on Saturday night, and to sit next to Dr. James Lyons, Sr., a UConn alum and the first director of the Center. You can see a few photos that were posted during the event on Twitter. I was also asked to say a few words during the celebration. Here’s what I said:

It is a pleasure and a privilege to greet you tonight, although it is a little odd to welcome you when you’re already eating dessert. It is also dangerous for anyone to give me a captive audience, so I also congratulate Willena on her courage in trusting me, and I promise that I will be brief. I know that the real program comes after me, and I also understand that there may be a party you want to get to.

We live in frightening times, but 1968 (when the African American Cultural Center was started) was also a frightening time. Our country was embroiled in the Vietnam War, student protests were exploding, and our cities were burning. There were riots at the Democratic National Convention, Bobby Kennedy was assassinated, and on April 4th the Reverend Dr. Martin Luther King, Jr. was gunned down in Memphis.

But 1968 was also a year of hope and promise: The Civil Rights Act was signed into law, the 3rd season of Star Trek featured the first interracial kiss on national TV, and perhaps most important of all, LL Cool J was born on January 14.

1968 was also the year when students, faculty, and staff at UConn came together to establish the African American Cultural Center.

For the last 50 years, the Center has been a vital part of campus life at UConn. Its dedication to cultural preservation, leadership, and academic excellence is a vital part of making UConn one of the nation’s leading public universities.

As a nation we were founded on the principle that all people are created equal and that we all have a right to life, liberty, and the pursuit of happiness. I don’t need to tell anyone here that we have often fallen short of this lofty principle. Indeed, I need only to mention the names of Michael Brown, Eric Garner, or Laquan McDonald to remind us how far we have to go.

But at a time when violent political rhetoric seeks to divide us, the work of the African American Cultural Center is more important than ever. It enriches us all by showcasing the culture, history, and traditions of people of African descent. It binds us together as people and inspires us to imagine a future in which everyone is valued for their unique contribution and in which the culture, history, and traditions of all people are treated with the respect they deserve.

I am honored to play a small part in celebrating the Center’s 50th anniversary this evening, and I am delighted to have the privilege of welcoming you to this celebration.

I am fortunate to have known Alan Gelfand for a couple of decades. I first met him in the late 1990s when I walked over to the Math/Science building to talk with him about some problems I was having in my early exploration of Bayesian inference for F-statistics. I was using BUGS (this was pre-WinBUGS), but it was the modeling I needed some advice on. I didn’t realize until a couple of years later that Alan was the Gelfand of Gelfand and Smith, “Sampling-Based Approaches to Calculating Marginal Densities” (Journal of the American Statistical Association 85:398-409; 1990 – doi: 10.1080/01621459.1990.10476213)  and Gelfand et al. “Illustration of Bayesian Inference in Normal Data Models Using Gibbs Sampling” (Journal of the American Statistical Association 85:972-985; 1990 – doi: 10.1080/01621459.1990.10474968). Fortunately, Alan is too nice to have pointed out how naive I was. He simply gave me a lot of help. I haven’t seen him as often since he moved to Duke, but our paths still cross every year or two, because he and John Silander continue to collaborate on various problems in community ecology.

Alan was a keynote speaker at the Statistics in Ecology and Environmental Monitoring Conference in Queenstown, NZ last December, and David Warton posted a YouTube interview on the Methods Blog of the British Ecological Society. Alan describes the early history of MCMC, mentions his concern about the emergence of “data science”, and talks about what excites him most now – applying statistics to difficult problems in ecology and environmental science.

Almost 15 years ago Wright et al. (Nature 428:821–827; 2004 – doi: 10.1038/nature02403) described the worldwide leaf economics spectrum “a universal spectrum of leaf economics consisting of key chemical, structural and physiological properties.” Since then, an enormous number of articles have been published that examine or refer to it – more than 4000 according to Google Scholar. In the past few years, many authors have pointed out that it may not be as universal as originally presumed. For example, in Mitchell et al. (The American Naturalist 185:525-537; 2015 – http://www.jstor.org/stable/10.1086/680051) we found a negative relationship between an important component of the leaf economics spectrum (leaf mass per area) and mean annual temperature in Pelargonium from the Cape Floristic Region of southwestern South Africa, while the global pattern is for a positive relationship.1

Now Tim Moore and several of my colleagues follow up with a more detailed analysis of trait-environment relationships in Pelargonium. They demonstrate several ways in which the global pattern breaks down in South African samples of this genus. Here’s the abstract and a link to the paper.

END_OF_DOCUMENT_TOKEN_TO_BE_REPLACED

Stuart Rothenburg, who received his PhD in Political Science from UConn, addressed the graduating class at the master’s ceremony. If you’d like to see his remarks, follow the link below, click on “Graduate School Ceremony: Masters Candidates, May 6, 2017”, and then click on “Commencement Address” at the left.

I addressed the graduating class at the doctoral ceremony on behalf of Elizabeth Jockusch, this year’s winner of the Edward C. Marth Award for Mentorship, and Takiyah Harper-Shipman was our student speaker. If you’d like to see my remarks, follow the link below, click on “Graduate School Ceremony: Doctoral Candidates, May 8, 2017”,  and then click on “Welcome Remarks” at the left. After a brief welcome from Interim Provost Jeremy Teitelbaum, you’ll see me. If you’d like to see Takiyah’s remarks, click on “Commencement Address” instead. If for some reason you’d like to read my remarks, keep scrolling down (or click through if you’re on the home page).