On Monday I pointed out that the US Fish & Wildlife Service and the National Marine Service planned to propose revisions to regulations that affect how the Endangered Species Act is implemented. The proposed changes were published in the Federal Register today. There are three sets of changes. Here are links and the accompanying summary for each:

We, the U.S. Fish and Wildlife Service (FWS) and the National Marine Fisheries Service (NMFS) (collectively referred to as the “Services” or “we”), propose to revise portions of our regulations that implement section 4 of the Endangered Species Act of 1973, as amended (Act). The proposed revisions to the regulations clarify, interpret, and implement portions of the Act concerning the procedures and criteria used for listing or removing species from the Lists of Endangered and Threatened Wildlife and Plants and designating critical habitat. We also propose to make multiple technical revisions to update existing sections or to refer appropriately to other sections. https://www.federalregister.gov/documents/2018/07/25/2018-15810/endangered-and-threatened-wildlife-and-plants-revision-of-the-regulations-for-listing-species-and

We, the U.S. Fish and Wildlife Service, propose to revise our regulations extending most of the prohibitions for activities involving endangered species to threatened species. For species already listed as a threatened species, the proposed regulations would not alter the applicable prohibitions. The proposed regulations would require the Service, pursuant to section 4(d) of the Endangered Species Act, to determine what, if any, protective regulations are appropriate for species that the Service in the future determines to be threatened. https://www.federalregister.gov/documents/2018/07/25/2018-15811/endangered-and-threatened-wildlife-and-plants-revision-of-the-regulations-for-prohibitions-to

We, FWS and NMFS (collectively referred to as the “Services” or “we”), propose to amend portions of our regulations that implement section 7 of the Endangered Species Act of 1973, as amended. The Services are proposing these changes to improve and clarify the interagency consultation processes and make them more efficient and consistent. https://www.federalregister.gov/documents/2018/07/25/2018-15812/endangered-and-threatened-wildlife-and-plants-revision-of-regulations-for-interagency-cooperation

Proposed revisions to regulations implementing the US Endangered Species Act

The US Fish & Wildlife Service and the National Marine Fisheries Service are charged with implementing the US Endangered Species Act. On Wednesday, they will publish three proposed rules in the Federal Register that modify existing regulations by which they implement the act. The proposed rules deal specifically with

If you are interested in how the Endangered Species Act is implemented in the United States, I urge you to read the proposed changes. If you want to comment on them, you have two options (on or after Wednesday, 25 July):

If you submit comments, they will be posted at http://www.regulations.gov.

I expect to review the proposed changes over the next few weeks and to post my comments on each of the proposals here. Then I’ll collect them into a single comment and post them at http://www.regulations.gov. If you read my comments and disagree, please explain how and why you disagree in the comments. Your comments will make my the comments I share with USFWS and NMFS much better. 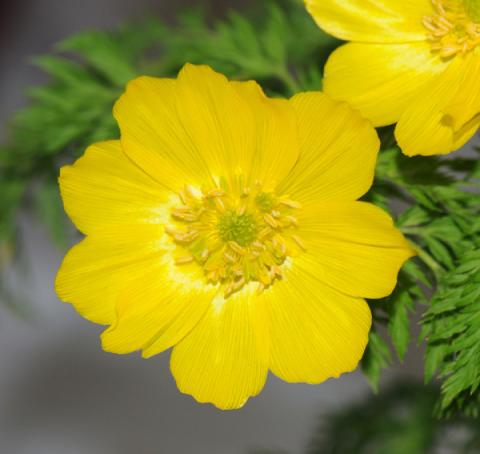 Adonis cyllenea was described in 1856 from a specimen collected in the Peloponnese Mountains of Greece (http://bit.ly/2xgG1lS). It was thought to be extinct in the wild until 1976 when it was rediscovered (https://en.wikipedia.org/wiki/Adonis_cyllenea). It was recorded in the Giresun province of Turkey in 1867 and was just rediscovered there (http://bit.ly/2vfDPcO). Occasionally, there is good news about plants that were thought to be extinct. Mostly when they disappear, they are gone for good.

Last July, the United States banned nearly all commercial trade in ivory. Last Friday, China announced that it will “end the processing and selling of ivory and ivory products by the end of March as it phases out the legal trade” (The New York Times).

There are some professionals who believe that legal trade in ivory promotes conservation. (See this article from The Guardian for some of the give and take.) The arguments are two-fold (from The Guardian):

I haven’t studied the issue carefully, but I am not persuaded by their arguments. For one thing, Nitin Sekar and Solomon Hsiang point out in The Guardian that the limited legal trade in ivory established in 2008 seems to have increased the amount of poaching.

To be fair, with only 5 points from before the 2008 announcement of legal ivory sales and 6 points after, you’d be hard-pressed to demonstrate that a statistical model favoring a switch in poaching rates in 2008 is better than one where rates are simply increasing over time, but either way, the limited trade in ivory introduced in 2008 did not decrease the rate of poaching.

Point 2 is undeniably true. Lifting Africans from poverty is the only way to make lasting progress on any conservation problem in Africa. But that observation argues for promoting policies that directly reduce poverty, like increasing sanitation, enhancing access to health care, and strengthening education. Elephant poaching has increased since 2008, and prices of ivory are high. Is there any evidence that incomes of Africans have improved as a result? If there is, Martin Rowan doesn’t provide it.

That’s why I regard it as good news that China is shutting down its domestic ivory trade. A ban on the legal trade of ivory won’t shut down the black market, any more than a ban on cocaine in the US shut down the cocaine market here. But a ban on the legal trade of ivory will make it more difficult for black marketeers to hide. With strong enforcement, a ban will reduce the incentives to trade in ivory and the incentives for poachers.

Plants can be endangered too!

Yes. I know that if you’re reading this, you already know that there are thousands of endangered plant species in the world. You may even know that I’ve spent a fair amount of time thinking about how to protect them and how to prevent those that have small populations from declining even further. So why the title? Two reasons:

First, Mung Balding and Kathryn Williams have a very nice article in Conservation Biology explaining why plant blindness is such a problem. Here’s the abstract:

Plant conservation initiatives lag behind and receive considerably less funding than animal conservation projects. We explored a potential reason for this bias: a tendency among humans to neither notice nor value plants in the environment. Experimental research and surveys have demonstrated higher preference for, superior recall of, and better visual detection of animals compared with plants. This bias has been attributed to perceptual factors such as lack of motion by plants and the tendency of plants to visually blend together but also to cultural factors such as a greater focus on animals in formal biological education. In contrast, ethnographic research reveals that many social groups have strong bonds with plants, including nonhierarchical kinship relationships. We argue that plant blindness is common, but not inevitable. If immersed in a plant-affiliated culture, the individual will experience language and practices that enhance capacity to detect, recall, and value plants, something less likely to occur in zoocentric societies. Therefore, conservation programs can contribute to reducing this bias. We considered strategies that might reduce this bias and encourage plant conservation behavior. Psychological research demonstrates that people are more likely to support conservation of species that have human-like characteristics and that support for conservation can be increased by encouraging people to practice empathy and anthropomorphism of nonhuman species. We argue that support for plant conservation may be garnered through strategies that promote identification and empathy with plants.

Second, Robbie Blackhall-Miles (@fossilplants) has a passionate post in Gardens (the gardening blog at The Guardian) describing just how repugnant the trade in endangered plant species is.

Buying just one orchid illegally on the internet from Indonesia or a few snowdrops dug from the wild in Bulgaria fans the flames of a trade that has dire consequences for the world’s plant life. Buying one of these plants is exactly the same as buying a carved piece of ivory, a tiger skin or a gram of ground rhino horn. Wouldn’t you think twice about doing that?

OK. I can’t help myself. There’s a third reason. When you hear the phrase “endangered species” do you think of an orchid or a cycad, or do you think of a panda, a rhino, or a tiger? If a picture of an animal popped into your head first (and not just an animal, but a mammal), it shows how much work we have to do. 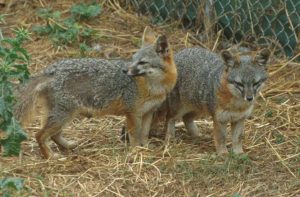