OK. This is mildly embarrassing. I moved to Connecticut in 1986, I was one of the co-founders of the Edwin Way Teale Lecture Series on Nature and the Environment in 1996, I’ve read A Naturalist Buys an Old Farm at least half a dozen times, and Trail Wood is less than 30 miles (40 minutes) from my home in Coventry, but it wasn’t until Saturday that I finally visited. It won’t be the last time. I expect to return once or twice a year to the Beaver Pond Trail, to cross Starfield and Firefly Meadow, and to visit the Summerhouse and Writing Cabin. 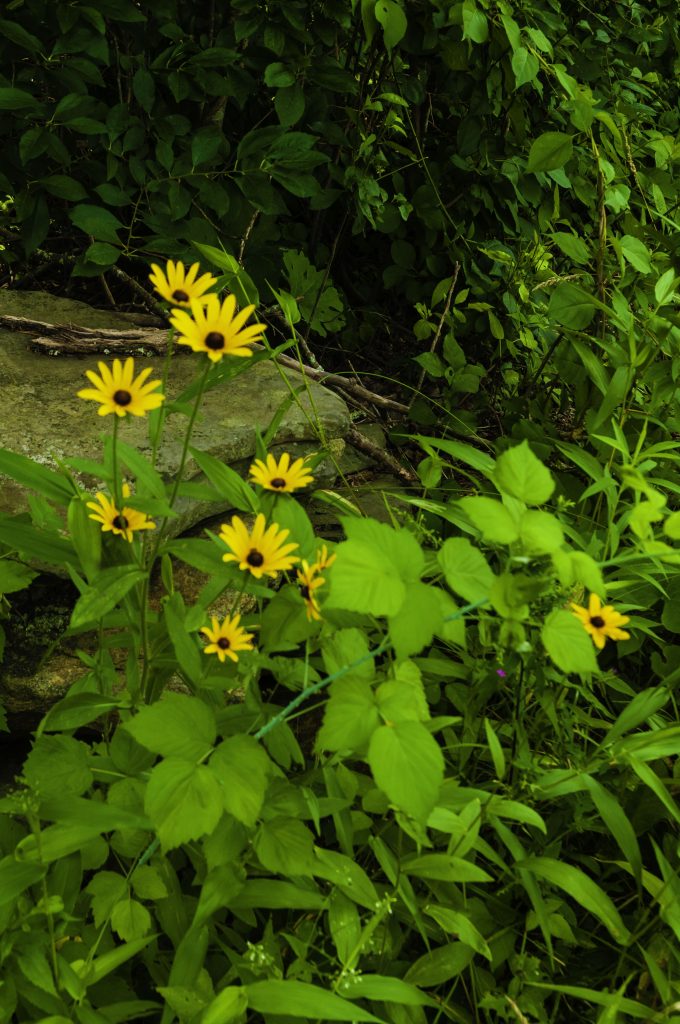 A nice patch of black-eyed susan (Rudbeckia hirta) greeted me near the parking area, which is just a short walk from the house at Trail Brook. Rather than following Veery Lane, I turned left and followed the path through Firefly Meadow towards the small pond. 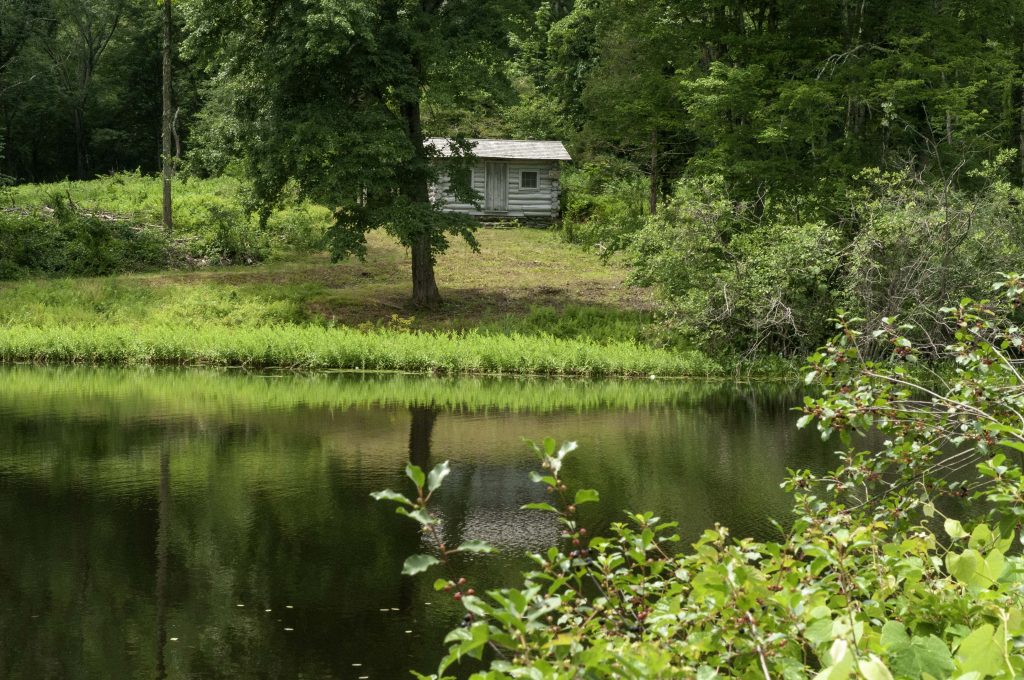 The Writing Cabin is on the southwest shore of the pond. I turned right and followed the northeast shore to Summerhouse. From there I followed a path along the stone wall bordering Woodcock Pasture until it met the Shagbark Hickory Trail. 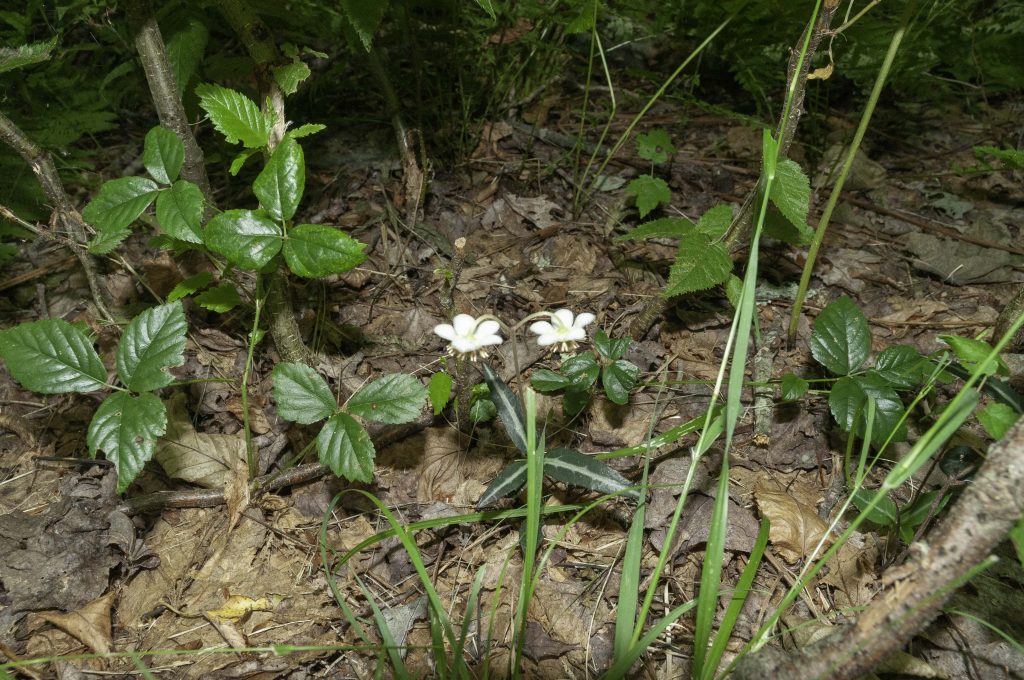 I found spotted wintergreen (Chimaphila maculata) along the Shagbark Hickory Trail , which I followed to the Old Colonial Road. From their I followed the Beaver Pond Trail to the edge of the pond. 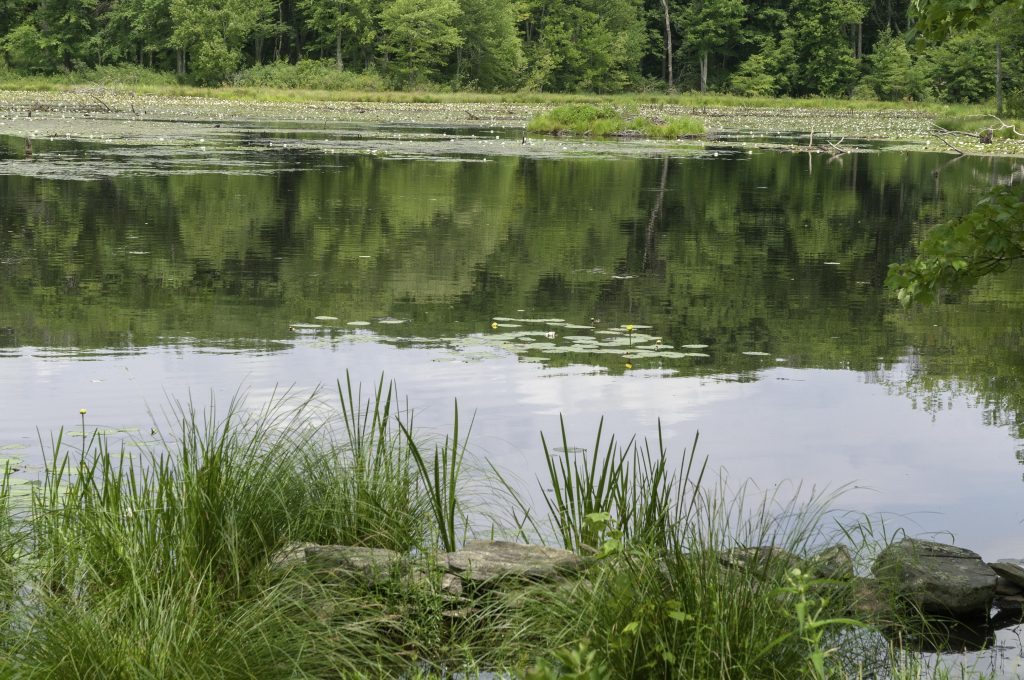 After sitting for a while on a nice bench at the south end of the pond, I backtracked on the Beaver Pond Trail and followed the Fern Brook trail through Starfield back to the house and then to the parking area. The whole walk was less than a mile and a half, and the total elevation gain was only 55 feet. It was definitely an easy walk, not a hike, but it was very pleasant, and it was nice to spend time on the old farm where Teale spent so much of his time.

So to anyone from UConn (or nearby) who reads this and hasn’t been to Trail Wood yet, take a couple of hours some afternoon, drive to Hampton, and explore. Trail Wood is easy to find, and it’s open from dawn to dusk. It’s a gem in our own backyard. And if you haven’t read A Naturalist Buys an Old Farm, do it now. You’ll enjoy your visit to Trail Wood even more if you do.