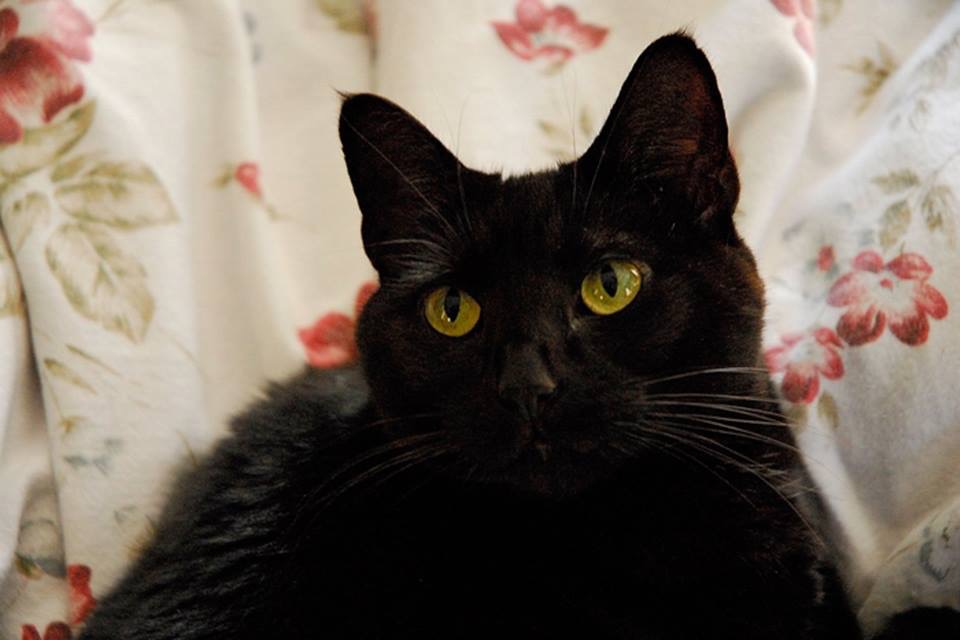 Seventeen years ago a driver at Bill’s company was headed south on Route 2 towards Glastonbury. He swerved to miss a paper bag in the road and because he didn’t want anyone else to damage a tire running over a bag of beer bottles, he pulled over and retrieved the bag. Instead of beer bottles, he found two tiny black kittens inside. He was late for a delivery, but he returned to the office and left them there. What follows is a very long story, but at the end of the day Bill took them to our veterinarian. They were so tiny he didn’t know what they could eat. The vet gave Bill some kitten formula, and he brought them home. They were so close to starvation that their bodies shook as they lapped up the formula. They were so small that I could easily hold both of them in the palm of one hand. It was several weeks before they were big enough to climb the stairs to the second floor of our house.

By Sunday night we had named them. Mimi because she was so sweet and kind, as in Puccini’s La Botheme. Maxwell (“Max”) because he is a lovable and ungainly like Maxwell Smart.

Yesterday we lost Mimi. Her health had been declining for more than a year, but in the past week and a half the decline became precipitous. There was a sadness in her eyes, and she was happy only when one of us held her. She passed away peacefully a little after 4:00pm. Max is still healthy, but the three of us, including Max, are heartbrokn. Our house feels empty, but Mimi’s suffering is over. She lives on in our memories, and we will hold her close to our hearts forever. 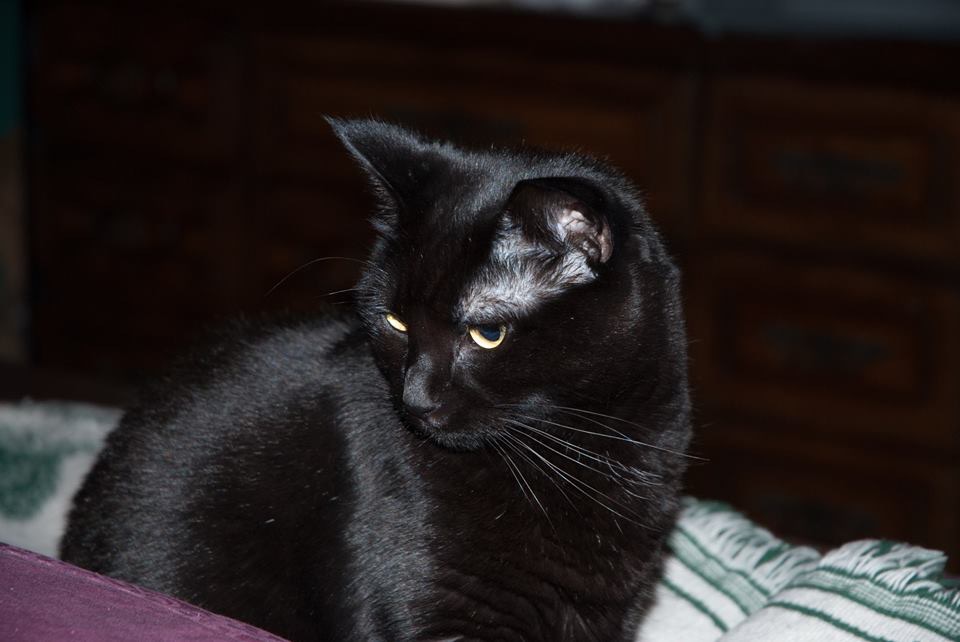