A new phylogeny for Protea 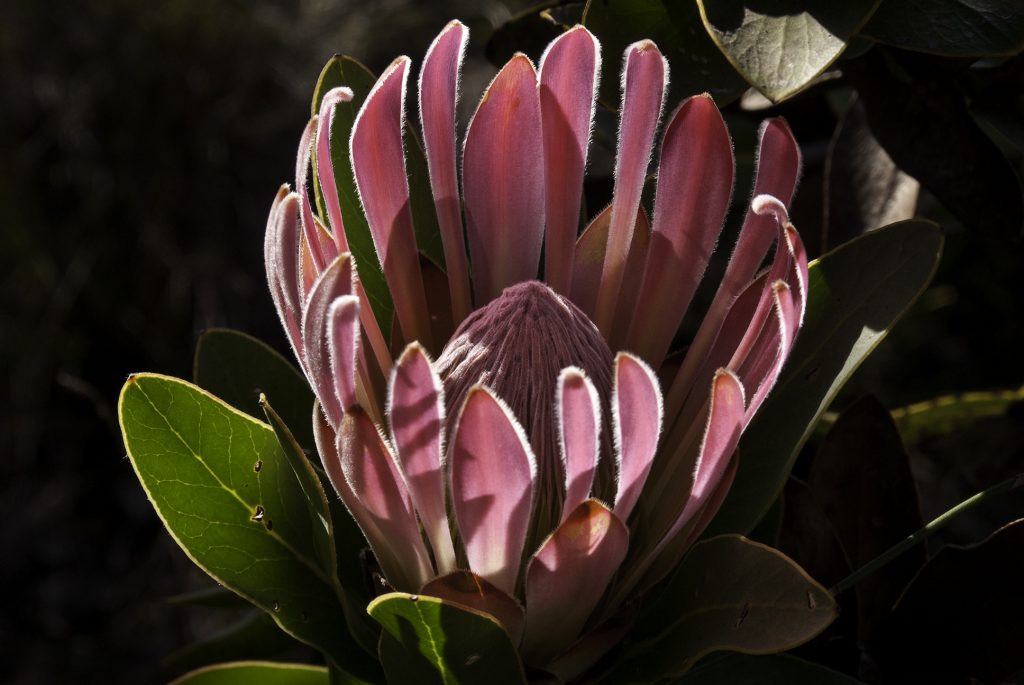 The genus Protea is one of the iconic evolutionary radiations in the Greater Cape Floristic Region of southwestern South Africa. Its range extends north through Mozambique into parts of central Africa, but the vast majority of species are found in South Africa. From 2011-2014 we collected samples from most of the South African species (59 in total), and for most of the species we collected samples from several individuals from different populations. Over the last couple of years, we extracted DNA, built libraries for next generation sequencing using targeted phylogenomics, and constructed a highly-resolved estimate of phylogenetic relationships in the genus. The paper describing our results is now out in “early view” in American Journal of Botany. Most species from which we have multiple samples are supported as monophyletic units, and most relationships we identify are strongly supported (> 90% support in ASTRAL-II and SVDquartets analyses). We use the species tree from our data as a backbone to provide reliable estimates of relationship for additional species included in a paper by Schnitzler and colleagues for which we did not have samples.